Recovery.  Even the word itself used to make me cringe. I had the…Thanks, but no thanks mentality. Recovering from my eating disorder felt like such a huge feat and utterly impossible. I knew it was possible because people do it all the time. But me, Amanda? No way! How am I supposed to give up the one thing I feel truly good at? Also, why would I? My eating disorder has kept me safe; it has helped me cope through some really, really hard times in my life. I became very aware that even though my eating disorder caused a lot of pain, struggle, and loss it also helped me cope, even if it wasn’t super healthy.

I wouldn’t write this blog post just to do it and lie to you all. I am here to say that while recovery is one of the hardest things, I’ve ever committed to it has also given me more than I could ever have imagined. Cheesy? Maybe. But it’s also 100% true☺

To understand how I got to this place in my journey I will share a little bit about me. As a disclaimer, my eating disorder story may resonate with you or it may be totally different than yours. I am aware that eating disorders are on a spectrum and there can often be a comparison or feelings of “well, I’ve never been that sick” or “my struggle isn’t that bad”.  What I say to that is, eating disorders are brutal no matter what your diagnosis is or whether or not you’ve been in treatment.  My hope is that my words and story relate in some way even if our struggle looks different.

Ok, here we go! I am 37 and have struggled with an eating disorder for most of my life. It’s shifted and looked different throughout the years and I didn’t even receive an official diagnosis until I was 32 years old. I thought I was like most women (I’m aware that this affects men too, but I am speaking from my own experience in this situation) in America and that being concerned for my body size and that being very “mindful” of what I ate was just normal.  Deep down I knew that this “American norm” felt really limiting and had robbed me of a happy and fulfilling life. My thoughts were constantly about food and my body to the point that people would be talking to me and I wouldn’t hear a word they said, because I was in a different world.  I was able to manage (or so I thought) my eating disorder until I simply couldn’t. I became so terrified of food and feared I’d lose control over my body size. I started avoiding hanging out with others, because I didn’t want them to comment on my body, what I was/was not doing with food or even worst yet, having to eat meals with people. Yikes!

My life became a combo of lies, secrets, guilt, and avoidance. At my core, this was not me. I’m not a person who lies, but when it came to my eating disorder behaviors, I knew exactly how to hide it all.  I knew I was hurting those around me by choosing distance over connection and lies over truth, but my eating disorder demanded I stay loyal to it at any cost and that felt more important than anything else. My health and ability to function became extremely limited and I continued to decline at a rapid rate. I eventually had to leave my job that I truly loved and move back home and live with my parents. I was barely alive and had zero capacity to feel emotion or connect with anyone. My time was spent in my room where I would work on word-search puzzles all day, because every little thing annoyed me and to avoid eating, I had to hide out. I knew that wasn’t truly living, but I also felt this very twisted sense of success and self-control. The very thing that was making me weak and unable to be fully human was also what made me feel “good enough”. I ended up admitting to a treatment facility and would end up spending a total of 11 months in various facilities in a period of 2 years.

When I’d return home, it was very apparent to me that life had continued to go on without me. I found it very upsetting and heart breaking to have missed friends’ weddings, the birth of nieces and nephews and other big events in the lives of those I loved.

One thing I was not anticipating as I pursued recovery was having emotions again. They had been numbed out for so long that feeling again felt beyond scary. The waves of emotion that I experienced was overwhelming. I had to re-learn what it meant to be sad, to sit with grief and truly feel all the things! I had many invites from my eating disorder to come back and “not feel again”, but I knew it was time to face them and intentionally choose not to numb them out with food, exercise, purging or restricting.

What I did not realize was that while I numbed out the painful emotions, I had also lost my ability to feel joy, happiness, to see beauty and to laugh. I’d sit with others as they laughed and had meaningful conversations and be SO annoyed, because I couldn’t connect. I was physically present, but that’s about it. My Amanda-ness, what made me, ME was suppressed and hidden underneath the eating disorder.

After some time in recovery and having a nourished mind, I was spending time with my nieces and nephews and could truly engage with them. I could read them stories, jump on the trampoline, and have ice cream. It hit me like a ton of bricks that while I was “being successful” in my eating disorder, I was also simultaneously missing out on such beautiful moments. Years and years of my life. Gone. I had very little memories of anything other than the things I did in eating disorder. I was in tears when I sat with that reality and realized how much my eating disorder had robbed from me and those who love me.

I wish I could say that witnessing beauty and being able to be fully with others made my eating disorder go far, far away. It didn’t. But it gave me a reason to fight. A reason to feel, live and be human.

Many years of my adult life were spent in my eating disorder. I chose it over dating, travel, friendship, children, going out to eat/BBQs/or meals with others. When I was in the throes of the eating disorder, I always felt like I had the ability/capacity to recover and that I’d choose it when I was ready. Sadly, the feeling of being ready never really came. It took very active and grueling in the moment choices. The pain and struggle did not last forever. The more I went hard at it the easier it got. My body and mind started to trust me, and food was for nourishment and for pleasure. I never thought I’d be able to say that. It may look different for you. The things you lost while in your eating disorder. Or maybe your eating disorder is working right now, I get it. What I can say is whether it’s obvious or not right now, being loyal to the eating disorder means other things are taking the backseat.

At age 35 I was diagnosed with Stage 4 cancer. My world was completely rocked. I had worked so hard to recover from my eating disorder and was now faced with another life-threatening illness. I have been fighting cancer since 2019 and have many regrets in my choice to stay in my eating disorder for so long. I wish I could go back in time and do things differently, but that’s not the way it works. I do not know what my future holds, none of us do, but I sincerely wish I would have prioritized recovery sooner. This is not a scare tactic or a way to communicate that something like cancer will happen to you. It is however an urge and a reminder that we do not know what our future holds and waiting to feel ready may never come. I can still choose recovery for today and for the life I have now even amidst some really tough circumstances.

I know it may seem like, “Sure that can happen for her, but not me”. Trust me, I read blogs, read books, listened to people’s recovery stories, and never ever thought it could be me. Surprise! I am in the recovery club and it’s one of the best decisions I’ve ever made for myself. It’s a very up and down journey, so give yourself lots of grace and be ready to see beauty in yourself and others that you never knew was possible. 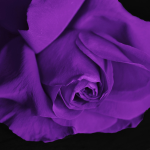 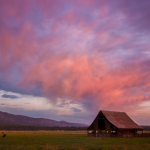